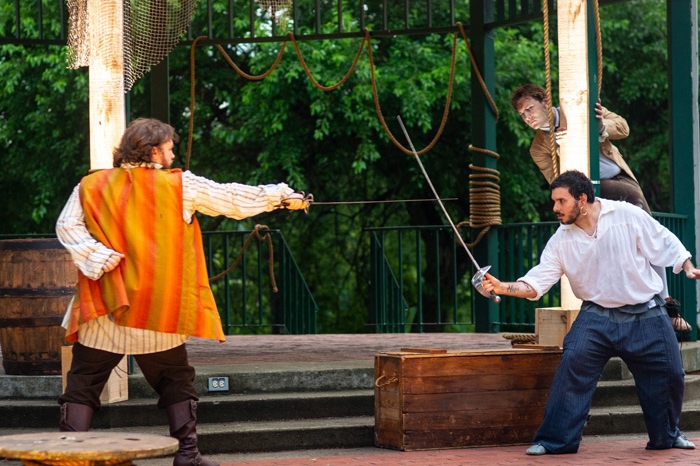 Beginning in 2014, the festival has produced free Shakespeare productions in East Muskingum Park every summer until the pandemic upended last year’s plans. This year, live from the Hermann Fine Arts Center, local actors Kalis Bigley and Cole Mazaher will host a program featuring encore performances from more than 20 past actors from the festival, live interviews with past participants, and a new musical performance from local bluegrass legend Todd Burge.

This is a chance to join the department as it celebrates seasons past and shares exciting news about the future of the festival.

The YouTube link will be posted on the department’s Facebook page an hour before the program, which is made possible by a grant from the Ohio Arts Council.