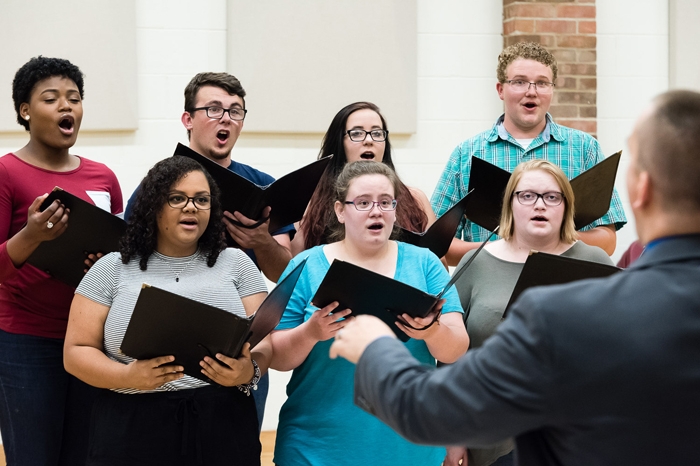 Marietta College’s Department of Music will be doing something special on Friday, March 23rd during its annual Spring Choral Concert.

The concert — Dreams and Journeys — will feature two world premiere compositions, one of which was written specifically for this concert.

“Commissioning new music is always a treat and we’re lucky to have both of our commissioned composers attending this performance,” said Dr. Jay Dougherty, Director of Choral Activities at Marietta College. “Both Dr. Andrew Francis and Jeremey Johnson have written some very imaginative and beautiful music and we’re excited not only to share the music with our audience but honored to host the composers as we perform these world premieres.”

The concert, which starts at 7:30 p.m. at the First Congregational Church in Marietta, is free and open to the public.

“This performance is sure to take the audience on a journey as the texts of the varied repertoire brings our imagined story to life,” Dougherty said. “As a different spin on the concert experience, both the Women’s Choir and the Concert Choir at Friday’s performance will be telling a story though song.”

In addition to the Women’s Choir and the Concert Choir, Floodstage will also perform a couple of numbers.