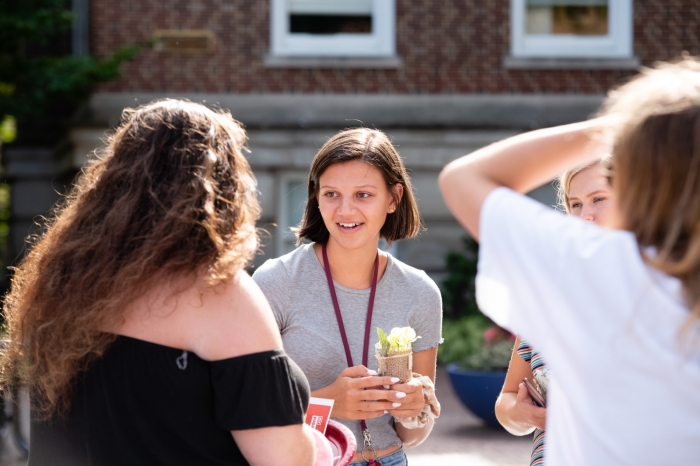 Marietta College is ranked 10th — up three spots from last year — among the Best Midwest Regional Colleges in the 2020 U.S. News & World Report survey, released today. Marietta was also ranked No. 8 in the region in the Best Value Schools category.

Marietta is tied Benedictine College in Kansas and Milliken University in Illinois. Each institution has an overall score of 79.

Overall, there were 70 colleges included in the Midwest rankings. When compared to other regional rankings, Marietta’s overall score would put it No. 3 in the North, No. 5 in the South, No. 4 in the North and No. 7 in the West.

If you combined all of the regions together, which ranks 233 colleges and universities, Marietta would be tied for 22nd overall.

U.S. News recognizes the global culture and the importance of befriending and learning to collaborate with students from other countries. Marietta’s proportion of international students was 13 percent, which ranks Marietta second in the regional rankings.

In the Best Value category, Marietta moved up eight spots to eighth in the Midwest. Marietta was also ranked 34th in Top Performers on Social Mobility.