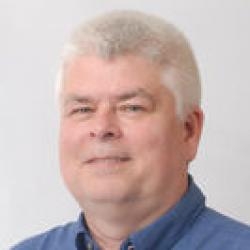 As a member of the adjunct faculty since 1993, Art has taught several media related courses, including Photojournalism, Introduction to Photography, Desktop Publishing, Web Design, and Digital Communication. He is the industry co-advisor of the American Advertising Federation (AAF) and has taken students to professional development meetings, national conferences, and regional competitions.

Art serves as Webmaster of The Parkersburg News and Sentinel and The Marietta Times and manages a wide variety of websites for Ogden Newspapers. He has managed The News and Sentinel Half Marathon as the Logistical Director since the 2002 event and has also worked to organize runs at Seven Springs Mountain Resort. He has worked his entire career in the newspaper business and has also been a news editor, presentation editor and photographer.

He has attended numerous professional development workshops and conferences, including conferences held by the American Advertising Federation and the American Press Institute. He has presented at workshops concerning website marketing. He has won more than 50 Associated Press Society of Ohio awards, including 20 first places in photography, illustrations, informational graphics and layout. He has also been awarded for blog writing in both 2009 and 2010 and received a first place in 2014 for Best Digital Presence. He won six 2015 awards from the West Virginia Press Association, four in advertising and two in news, four of which were first place awards. He is a three-time winner of "The Director's Award." The award is given yearly by the Half Marathon Race Director to a person, or persons, who displays "outstanding work and devotion" to the half marathon. In 2015 the Race was named the RRCA Race of the Year and has been the national championship several times.

His hobbies include kayaking, photography, reading, and travel. He is married to Lori Smith, who is an instructor for Marietta College, and they are the parents of two adult daughters.