Assistant Director of Athletics for Sports Information and Compliance 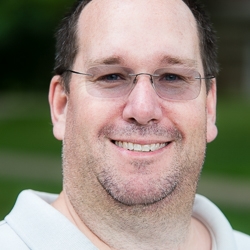 Jeff Schaly returned to Marietta College in August 2011 as the assistant athletic director for sports information and compliance.

Schaly returns to Marietta College after spending the last 15 years in various administrative positions at Lynn University in Boca Raton, Florida. He was hired in the fall of 1996 as the school’s second full-time sports information director, a position he held until 2003. Schaly took on the additional responsibility of compliance director in the spring of 2000 and athletic facilities director in 2003.

Promoted to assistant athletic director for the 2006-07 school year, Schaly continued as the school’s compliance director as well as overseeing game day operations, sports information, athletic marketing, and the athletic Hall of Fame.

“We were fortunate to be able to hire a seasoned professional,” Marietta Director of Athletic Larry Hiser said. “Jeff brings a wealth of athletic experience, as well as considerable knowledge of the college, the Ohio Athletic Conference, and the city. We are very excited to welcome Jeff back to the Marietta College family.”

Schaly was instrumental in the creation of the university's athletic Hall of Fame as well as the Sunshine State Conference (SSC) and Lynn Student-Athlete Advisory Committees. He served as the chair of the Hall of Fame Committee since its creation in 2002 and was the advisor to both the SSC and Lynn Student-Athlete Advisory Committees from their inception through the 2004-05 school year.

Due to the widespread success of the Fighting Knights' athletic teams, Schaly has directed numerous SSC and NCAA tournaments. Most recently, Schaly just completed a four-year term as a member of the NCAA Division II National Baseball Committee, serving as the national chair from 2009-2011.

Prior to joining the Lynn staff, Schaly was the Pioneers’ sports information director for three years. He started working in the SID office at Marietta during his senior year in high school and was hired full-time after completing his undergraduate degree.