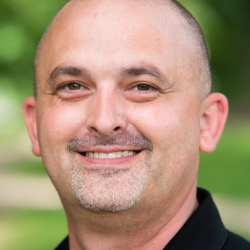 Jim has a strong focus on community policing concepts and continued professional training for his officers with a goal of providing the most professional police department for the students, faculty, staff, and guests at Marietta College. Through his leadership three full time officers have attained certification as Master Criminal Investigators and one full time officer has attained certification as a Master Evidence Technician. He also led the Marietta College Police Department in becoming the first agency in Ohio to earn accreditation through the International Association of Campus Law Enforcement Administrators in December of 2013.