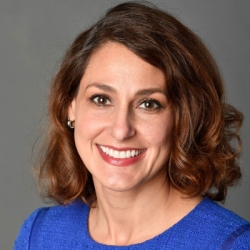 During her tenure with the Senate office, Goodwin managed policy, communications, and service, and convened statewide conversations with key stakeholders on priority issues such as health care, economic diversification, education, technology and infrastructure. In her current role, she furthers those efforts of aligning policy, service and education.

Goodwin, who earned a JD from West Virginia University in 2000, is married to Carte Goodwin ’96. They have two children, Wesley and Anna, and they reside in Charleston, West Virginia.