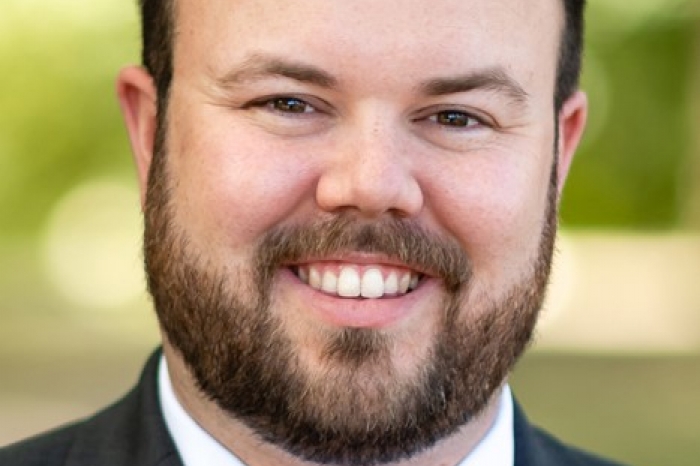 The first happened during the 105th annual convention for the National Communication Association (NCA), held in Baltimore, Maryland, in mid-November. He received one of two Rising Star Awards granted from the NCA’s Training and Development Division. Ralph Gigliotti, who is the Director of Leadership Development and Research at Rutgers University, also received the award. Most recently, he defended his Ph.D. and will officially earn his doctorate in Media and Communication from Bowling Green State University in May.

The Rising Star Award is given to an individual in the early stages of their professional career who has been a member of the Training and Development Division for at least two years. This award is also given to an individual who has demonstrated significant achievements within and service to the Training & Development Division within the last two to five years.

“Our Rising Star Award seems to be a great predictor of (Training & Development) professionals who will go on to have amazing careers,” said Awards Committee Chair, Dr. Keri Stephens, who is an Associate Professor of Organizational Communication and Technology at the University of Texas at Austin.

“His maturity, kindness, courage, work ethic, sensitivity, dependability, and excellent communication skills truly set him apart from his peers. When I look at him, I see a future leader and one who will make a significant impact on the communication discipline. His pursuit of excellence in all he does along with his ability to push boundaries all while connecting with everyone he encounters constantly amazes me.

“He had already served our T&D Division as a student representative for two years, contributing significantly through student profiles for the newsletters and development of the officer handbook to name only a few, when he was asked last year to step in to the Vice-Chair position to fulfill an uncompleted term.  His willingness to step into the roll and serve our division is just another example of his level of commitment and support of our T&D Division.”

Clemens, who joined the faculty at Marietta College in 2018 as an Assistant Professor of Communication, and has been very involved in numerous aspects of the Marietta College experience. He helped advise and register incoming students during the College’s virtual PioSOAR, serves as one of the Assistant Chapter Advisors for Delta Tau Delta Fraternity and as the Lambda Pi Eta Communication Honorary Advisor, and is the first faculty member to serve on the Marietta College Alumni Association Board of Directors.

Clemens said he felt humbled and honored to receive the Rising Star Award from the division.

“I have been attending the NCA convention since 2014, and I have always looked up to the recipients of this particular award because they were up and coming scholars. It means a lot to receive this award as I know I am in good company,” Clemens said. “I look forward to staying involved with the division in the years to come.”