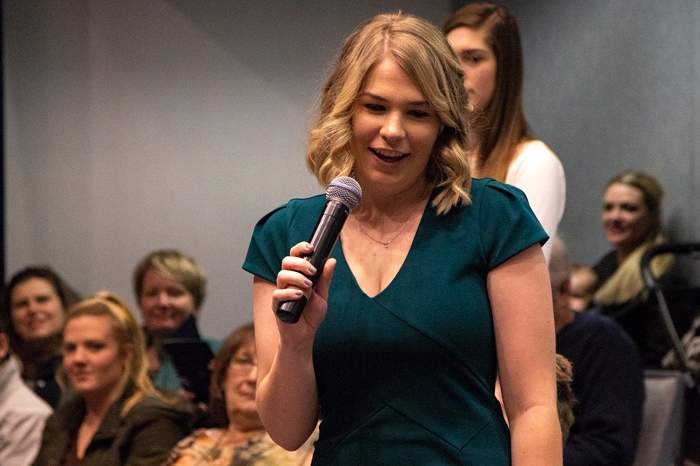 Between the timely humor, thoughtful well wishes and emotional reactions, Marietta College’s 2018 December Graduation Celebration lived up to the expectations.

The informal event, which was held on Sunday, December 9th, in the Alma McDonough Auditorium, brought together students who are graduating after 3 ½ years and those who took a little longer than the traditional four years to complete their degree requirements.

However, they are all now members of The Long Blue Line. Sixteen of the possible 32 graduates participated in the celebration.

Some of the graduates may have participated in the May 2018 official graduation ceremony, while others may wait and walk with other classmates during the 2019 Commencement on May 5th.

President William N. Ruud welcomed the large audience on a cold Sunday afternoon, while Provost Janet Bland talked to the graduates about new beginnings. The graduates also received a greeting from alumnus Jordan Nichols ’12 and when the ceremony was complete most in attendance walked to the President’s House for a reception.