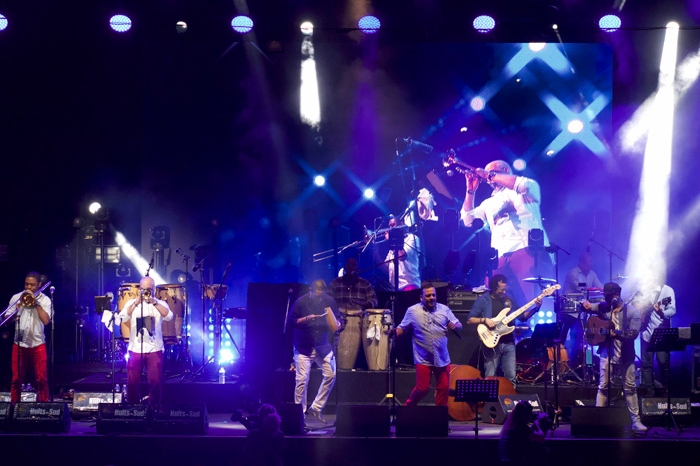 The final performance of the 2018-19 Esbenshade Series features Asere in the Havana Cuban All-Stars Show at 7:30 p.m., Sunday, March 10, at the Peoples Bank Theatre in downtown Marietta.

The Havana Cuba All-Stars are some of Cuba’s greatest musicians. The All-Stars will be performing “Nights in Old Havana” with Banda “Asere” and Bailes de Salsa. With rhythms and melodies from the cha-cha to the rumba, from “Son Cubano” style to the salsa, the All-Stars will showcase a wide variety of Cuban beats.

The group is inspired by and dedicated to promoting the entire tapestry of Cuban music through a fresh, contemporary lens. With the greatest dancers and musicians of Cuba working in tandem, the American encore of the Havana Cuba All-Stars’ tour will be a spirited spectacle of song and dance, exemplifying Cuba’s greatest musical traditions.

All Esbenshade Series events have been funded by the Frederica G. Esbenshade Memorial Fund, which provides annual income for the purpose of bringing lectures, performing artists or programs of diverse nature to the campus for public appearances. The endowed fund was established in 1980 by Harry H. Esbenshade, Sr. and Harry H. Esbenshade, Jr., husband and son, respectively, of the late Mrs. Esbenshade of Uniontown, Pennsylvania. All events are free and open to the public.