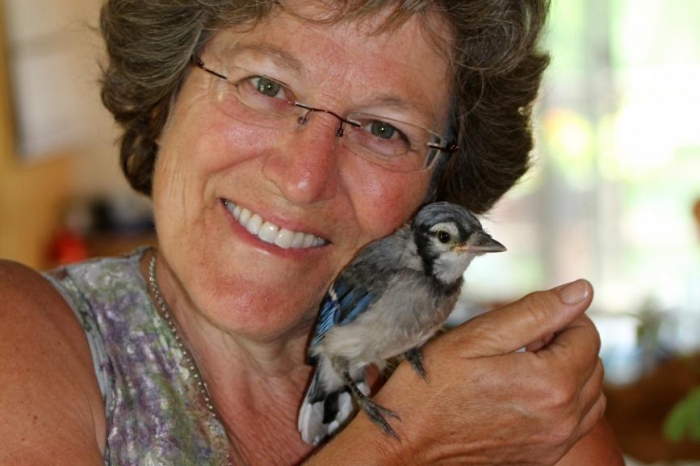 Local naturalist, artist and writer, Julie Zickefoose will speak about her book, Saving Jemima: Life and Love With a Hard-luck Jay, at 7:30 p.m., Thursday, November 14th, as part of Marietta College’s Esbenshade Series.

Zickefoose thinks of herself as an “unsung, minor, rather dirty superhero. Her superpower: saving small, economically worthless wildlife that would otherwise die.”

An orphaned jay named Jemima was one such foundling. Spending nearly a year healing, studying and raising the young blue jay for release opened the door to their world for Julie. She began writing and illustrating Saving Jemima: Life and Love With a Hard-luck Jay immediately upon becoming her foster mother.

More than a wildlife rehab story, it’s the story of life, love and dealing with great loss; of finding grace and redemption in bonding with a wild bird. Julie lives and works quietly on an 80-acre wildlife sanctuary in the backcountry of Whipple, Ohio.

This is the 39th season of the Esbenshade Series and each performance is free and open to the public.

These events have been funded by the Frederica G. Esbenshade Memorial Fund, which provides annual income for the purpose of bringing lectures, performing artists or programs of diverse nature to the campus for public appearances. The endowed fund was established in 1980 by Harry H. Esbenshade, Sr. and Harry H. Esbenshade, Jr., husband and son, respectively, of the late Mrs. Esbenshade of Uniontown, Pennsylvania.