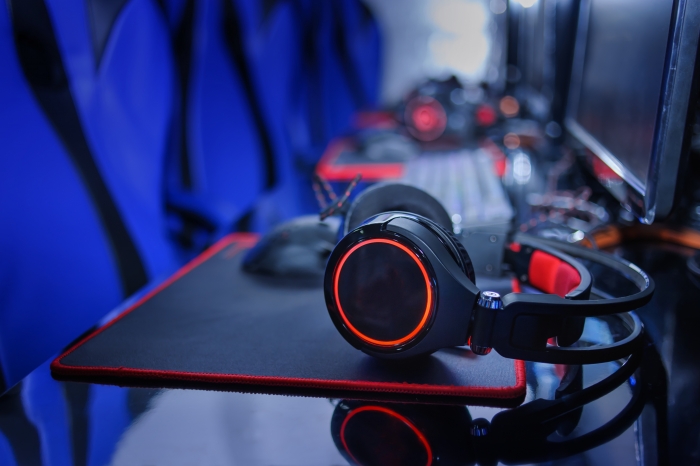 Marietta College will add a competitive eSports program this fall with the ultimate goal of adding it as a varsity sport in the near future, announced Larry Hiser, Director of Athletics.

Marietta College has applied for membership into the National Association of Collegiate Esports (NACE), which is the governing body of competitive collegiate eSports and currently has about 80 members.

“Adding eSports as a club team now, and then evaluating how it fits at Marietta as a future varsity sport is exciting and a great way for students to connect with those who have a similar interest in competitive gaming,” Hiser said. “Our vision is this will grow from a club sport to one that is highly competitive on a national level.”

As part of the membership, the college committed to meeting the NACE membership standards including academic guidelines for athletes, having a dedicated staff member to oversee the program, and creating space for the team athletes to compete and practice, among other requirements.

“We are thrilled to be a part of this exciting initiative,” said Rick Smith, Assistant Professor of Sport Management and Director of Marietta’s eSports program. “This is an opportunity to expand the extracurricular offerings at Marietta College and answer the call from our students to compete on a national level, while still holding strong to the educational mission of the institution by modeling the already-existing academic standards of the Athletic Department.”

Smith will act as the director of the program and oversee its administrative functions. Matt Williamson ’07, Assistant Professor of Computer Science, will serve as the team’s inaugural coach.

“With professional eSports becoming increasingly popular, we are seeing eSports having a presence at the collegiate level,” Williamson said. “There are already several leagues and tournaments available for college students. The companies and organizations that run these events even award scholarships to the best teams and players. I’m excited to help Marietta College compete in eSports by serving as the coach for our teams.”

At a minimum, Williamson said Marietta will field teams for League of Legends, Overwatch, Counter-Strike: Global Offensive and Dota 2.

“Some leagues and tournaments occur during both the fall and spring semesters,” Williamson said. “I want to have our teams participate in those events. I’m also putting together teams for Hearthstone, Heroes of the Storm and Smite for other upcoming tournaments. They don’t happen as often as the other games, but we should still have a presence there.”

Lucas Danford ’20 (Marietta, Ohio) will be one of the first students to compete for the Pioneers.

“I’m very excited to be a member of one of the inaugural eSports teams at Marietta College,” Danford said. “Gaming has been a part of my life for as long as I can remember and seeing the competitive scene for video games grow over the past decade or so has been amazing. I look forward to representing the College alongside my teammates and facing the coming challenges this year.”

The eSports team at Marietta will conduct daily practices, follow the academic guidelines of traditional student-athletes such as minimum GPA requirements and staying on-path toward graduation. It will attempt to qualify for collegiate competitions throughout the year. The eSports arena is currently being outfitted with 12 gaming stations in a newly created room in The Gathering Place, a space on the College’s campus for students to socialize and host events.

Like traditional athletic seasons, select competitive gaming tournaments take place during prescribed competitive seasons. The Marietta College eSports program will foster a team (or teams) to practice specifically for an individual game. In tandem with the Office of Admission, the eSports team will recruit competitive-level high school athletes who have the interest to compete for a college eSports team.

“The addition of eSports enriches our campus life and allows us to offer another opportunity for students to compete,” said Dr. Bill Ruud, President and Professor of Management. “As one of the fastest-growing campus activities, we are excited to be a part of this national trend. We also see this as a way to recruit students who may not have considered Marietta College, but will now benefit from our strong academic programs.”

The College is exploring opportunities to host competitive collegiate and/or high school competitions.

“Allowing local high school students a safe and fun atmosphere to interact with each other on weekends is also something the eSports program can provide,” Smith said.