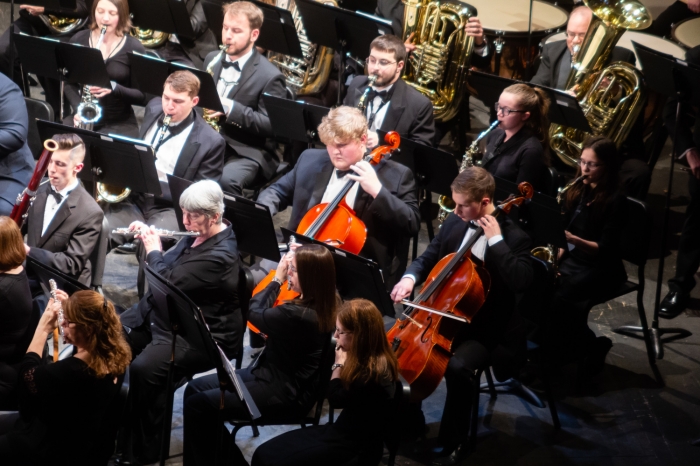 Seven Marietta College students have been selected by the Ohio Private College Instrumental Conductors Association (OPCICA) to perform in both the Honor Concert Band and Honor Jazz Ensemble on Jan. 26-27.

This year’s Honor Band Weekend will be hosted at Capital University Conservatory of Music. The concert begins at 1:30 p.m., Sunday, Jan. 27, and is free and open to the public.

“This is a great weekend for the College’s musicians,” said Marshall C. Kimball, Director of Bands at Marietta College. “It’s an opportunity to meet students from other campuses that share a love of music. It’s amazing what talented students can do in a short period of time to put on a thrilling concert after one and a half days of rehearsals. The bands will be conducted by five directors from member schools so it’s an educational experience in that way as well.”

The ensembles rehearse all day Saturday and break at 5 p.m. Returning to their rehearsal areas at 9 a.m. Sunday, there will be three more hours of rehearsal in preparation for the OPCICA Honor Band Concert.

OPCICA was founded in 1987 with a purpose of supporting the work of band directors and students in private colleges around the State of Ohio.  With a full membership of 23 private colleges, OPCICA holds an honor band weekend each January.