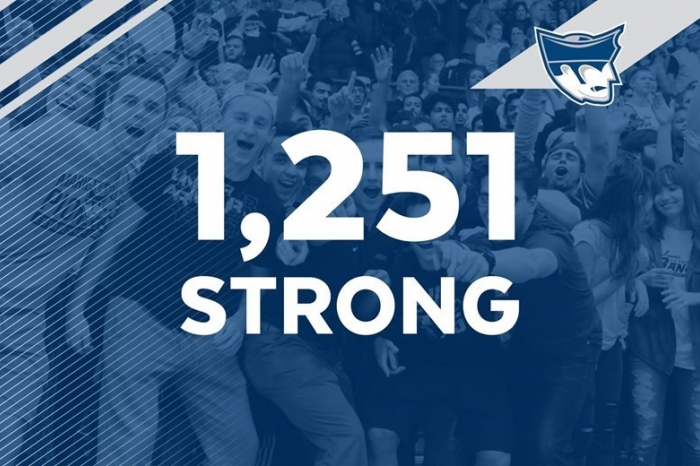 Marietta College ranked in the Top 5 of NCAA Division III schools in home men's basketball attendance for the second straight season. The Pioneers averaged 1,251 fans per game last winter, good for fourth in the country. This is Marietta's highest ever ranking among the annual attendance leaders.

"Ban Johnson Arena has one of the best game environments in the nation, regardless of division," Marietta head coach Jon VanderWal said. "We may not seat as many as Kansas or Duke, but when the BanJo is rocking it is as tough a place to play as any gym in the country."

"It says a lot about the Great Lakes Region to have four of the top five schools on the list," VanderWal said. "PioNation will get the chance to show Hope how loud we can be when they come to town for our season-opener."

During the current attendance streak, the Pioneers have enjoyed unprecedented success in Ban Johnson Arena. Marietta is 97-13 (.882 winning percentage) overall in the BanJo the last seven years. In regular season home games during that span, MC has an incredible 79-7 (.919) record and is currently on a 37-game home winning streak. Marietta was 17-1 in the BanJo last year including a perfect 12-0 during the regular season.

The Pioneers finished last season with a 26-5 overall record and went 16-2 to win the Ohio Athletic Conference regular season championship for the third straight year. Marietta also captured the OAC Tournament crown and made its fifth NCAA Tournament appearance in the last seven seasons.