Marietta College in the Rankings 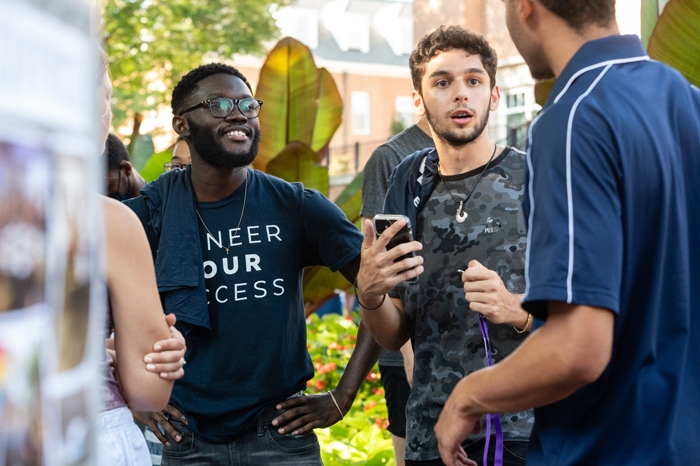 Marietta College was recognized among the best in three different regional categories, including No. 2 in Best Value School, which was published by the U.S. News & World Report Best College Rankings today.

Marietta is tied with Northwestern College in Orange City, Iowa. Each institution has an overall score of 88, which is a two-point increase from last year for Marietta. The College also ranks No. 11 for Top Performers on Social Mobility in the Midwest Region.

“The U.S. News & World Report rankings continue to reveal our clear intent to offer a first-class education for our students, while also celebrating our commitment to offering an education at a cost that is affordable,” said Bill Ruud, Marietta College's 19th President. “What these rankings do is reaffirm what we already know about Marietta College — that our faculty and staff provide an educational experience for our students that is of the highest quality, and we do that at a price that is affordable while preparing our students to succeed in their careers.”

To determine which colleges and universities offer the best value for students, U.S. News considers both academic quality and cost. The rankings assess a school’s academic quality, as indicated by its 2022 U.S. News & World Report ranking, and the 2020-2021 net cost of attendance for a student who received the average level of need-based financial aid. The higher the quality of the program and the lower the cost, the better the deal. Only schools ranked in or near the top half of their categories are included because U.S. News considered the most significant values to be among colleges that are above average academically.

Overall, there were 76 colleges included in the Midwest rankings. When compared to other regional rankings, Marietta’s overall score would put it No. 3 in both the North and South, and No. 5 in the West.

If you combined all the regions together, which ranks 274 colleges and universities, Marietta would be tied for 14th overall.

Three areas Marietta excels in are the Percent of Classes under 20 students (83 percent), Average Alumni Giving Rate (17 percent) and Student-to-Faculty ratio (8 to 1).