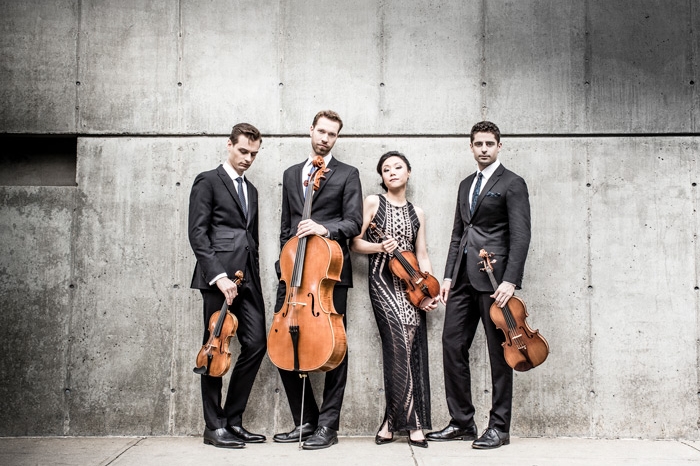 For the second time this season, Marietta College has switched the location for an Esbenshade Series performance as the Tesla String Quartet concert will be conducted in the First Congregational Church (318 Front St.) in downtown Marietta.

The free concert is set for 3:00 p.m., Sunday, February 13th, and tickets are not required.

Because the College is mindful of everyone’s health and safety, Marietta will continue the mandate for properly wearing facemasks at indoor events. The doors will open 30 minutes prior to the free concert.

Praised for their “superb capacity to find the inner heart of everything they play, regardless of era, style or technical demand” (​The International Review of Music), the Tesla Quartet brings refinement and prowess to both new and established repertoire. Dubbed “technically superb” by The Strad, the Tesla Quartet has won top prizes in numerous international competitions, most recently taking Second Prize as well as the Haydn Prize and Canadian Commission Prize at the 12th Banff International String Quartet Competition. In 2018, the Tesla Quartet released its debut album of Haydn, Ravel and Stravinsky quartets to critical acclaim.