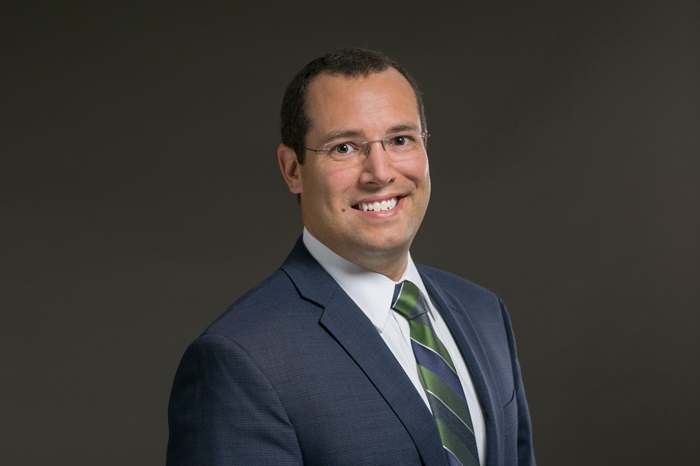 Jacobs has a proven track record of exceeding fundraising goals, including five consecutive years of the largest fundraising totals in Central Methodist history. He also played a key role in exceeding a $20 million comprehensive campaign goal 18 months ahead of schedule. Under his leadership, CMU increased annual unrestricted gifts by 126 percent and increased donors by almost 49 percent.

As Vice President for Advancement, Jacobs will lead philanthropic initiatives and oversee key programs that are important to the College’s future — including major gifts, alumni and parent engagement, and planned giving — while serving on President Bill Ruud’s senior leadership team.“We are pleased that Dr. Jacobs is excited to join the Marietta College community, as well as the entire Mid-Ohio Valley,” President Ruud said. “Josh understands the value of a liberal arts education, and he will be an energetic and successful advocate for finding and securing the resources that Marietta College requires to offer an undergraduate education experience that is second to none.”

President Ruud said the search committee and others who interacted with Dr. Jacobs during the interview process recognized that he has the skills needed to mentor and build a strong and dedicated Advancement team that will help the College reach its fundraising goals, as well as its engagement goals with alumni.

“Marietta College is a special place. It has a rich history and creative approach to its future, and one that I am thrilled to be a part of as I lead the Advancement team and serve President Ruud and the Board,” Jacobs said. “I plan to hit the ground running by meeting with alumni, parents and friends to help advance an already thriving institution.”

Hailing from Central Methodist University in Fayette, Missouri, where he has served as Vice President for Advancement & Alumni Relations since 2013, Dr. Jacobs previously worked as the Chief of Staff for the President at Murray State University in Kentucky. He holds a Doctor of Education in Higher Education Leadership and Policy from Vanderbilt University, a Master of Arts in Organizational Management from Fielding Graduate University and a Bachelor of Science in Biology from Millikin University.

“During my time on campus, I could sense there is a strong love for Marietta College. We are going to work together to build a culture of philanthropic support for the outstanding work that is being done here and strengthen our ties to one another along the way,” Jacobs said. “I am honored to now be part of this amazing community of scholars, leaders and innovators.”

Dr. Jacobs and his wife, Sarah, are excited to live in Marietta along with their children Lucy and Hattie.