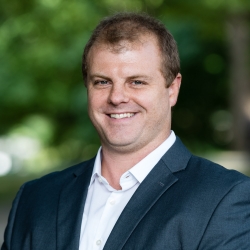 Christopher Bowmaster began his music studies on the piano at age 5, and followed with the clarinet at age 11. Mr. Bowmaster’s first clarinet instructor, Alexander Stuart, was a Robert Marcellus student with whom he studied with until college.

Mr. Bowmaster began his Undergraduate degree at West Virginia University studying with Dr. John Weigand until transferring to Youngstown State University where he completed his undergraduate studies with Bob Fitzer and Dr. Alice Wang. He then decided to further his education with Dr. Dennis Nygren at Kent State University. After graduating in 2010 with his Master’s of Music degree in Clarinet Performance, Mr. Bowmaster returned to West Virginia University in pursuit of the Doctorate of Musical Arts degree in Clarinet Performance once again under the tutelage of Dr. John Weigand.

In addition to serving on the faculty at Marietta College, Mr. Bowmaster is also a clarinet repair specialist/performing artist for Rice Clarinet Works while performing regularly and completing his doctorate at West Virginia University.