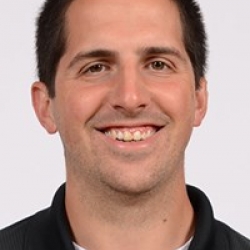 Prior to coming to Marietta, Carroll was the Tight Ends/H-Backs Coach at Ohio Northern University where he helped guide a 7-3 team and also held the title of Assistant Recruiting Coordinator.

Carroll also gained coaching experience at Pleasant Local Schools in Marion, Ohio, as an assistant varsity football coach, guiding the wide receivers and defensive backs. He helped the football team play to an 11-1 record en route to the conference championship.

A 2014 graduate of Muskingum, Carroll was a two-year letterman for the Muskies as a wide receiver, playing in 25 career games. A native of Marion, he holds a Bachelor’s Degree in Physical and Health Education.