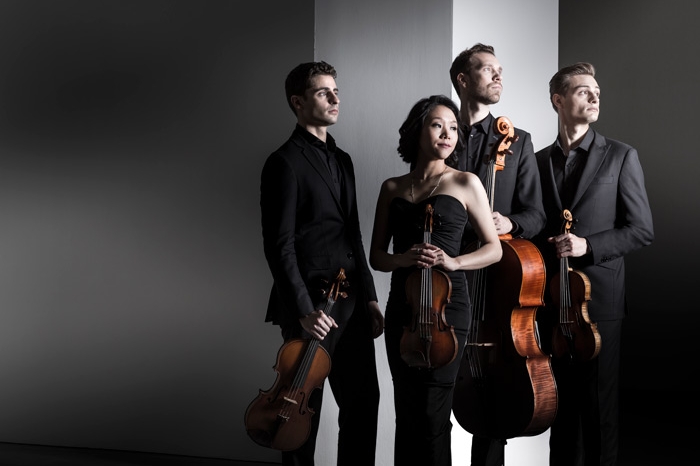 From blues to dance, classical music and Grammy nominees, the return of the Esbenshade Series at Marietta College is once again on the books for Peoples Bank Theatre this 2021-22 academic year.

After a pandemic pause, the series, funded by the Frederica G. Esbenshade Memorial Fund, is once again able to secure world-class acts free of charge to the public starting on Sunday, November 14.

“We’ve been on hiatus for a year because of the pandemic, and we certainly hope the pandemic is not going to impact us this year. But we have a stellar lineup planned,” said Tanya Wilder, Director of the Esbenshade Series. “This series is a way to enjoy an afternoon with the arts, free of concern or worry. We want people to come and enjoy and leave feeling like they have experienced something that has enriched their lives.”

That enrichment, Peoples Bank Theatre Executive Director Hunt Brawley explained, is one that can be used to enhance cross-generational connections as families and friends experience the music and dances they might not otherwise have a chance to consume without drives to major cities.

“These are the types of things that maybe open the door for community members out here, especially a younger person, or maybe it’s something that we would never see come to Southeast Ohio,” Brawley said. “I’ve just always been amazed at how good these acts are.”

Talent and variety, Wilder believes, are the key successes of this series.

“We have a singer/songwriter who's playing with the big names now,” Wilder previewed of the first act to take the stage. “We’re really lucky to get Amythyst Kiah right now. Her popularity and respect as an upcoming voice on the music scene grows every day. She adds yet another style and voice in our goal to bring a slate of eclectic performers to Marietta College for the series.”

Amythyst Kiah kicks off the series at 3:00 p.m., Sunday, November 14, with her southern gothic rhythm as an alternative country blues singer/songwriter who is both a Grammy-nominated solo artist and a member of Our Native Daughters along with Rhiannon Giddens, Leyla McCalla and Allison Russell. Amythyst Kiah commands the stage with her raw and powerful vocals weaving in banjo, acoustic guitar and the echoes of a distant and restless past.

According to Rolling Stone magazine, her music is “a masterful blend of Lonesome Folk and Neo-Blues.”

Ticket reservations begin Monday, October 11. Individuals may reserve up to four seats at peoplesbanktheatre.com or call the Peoples Bank Theatre Box Office at (740) 371-5152.

The remainder of the series is scheduled to continue in the winter and early spring of 2022 on the Peoples Bank Theatre stage.

On Sunday, February 13 at 3:00 p.m. the Tesla String Quartet brings its refinement and prowess to Marietta as it enters a second decade of award-winning performance. The Tesla Quartet was formed at The Juilliard School in 2008 and quickly established itself as one of the most promising young ensembles in New York. Following their performance, the members of the quartet will host a “meet and greet” with the audience.

On Friday, March 18 the next generation of Irish tap led by Guinness World Record holder for The Fastest Feet in the World, James Devine, and five-time World Champion Irish dancer David Geaney, Velocity Irish Dance will shake the stage at 8:00 p.m.

“This is going to be an evening of spirited, high-energy fun,” Wilder said. “And it will be led by the two winners of the Irish dance National Dance Festival. They’re considered the fastest speed tappers in the world, and they come with some of their musicians, too.”

On Thursday, April 21, at 7:30 p.m., one of the hottest American contemporary dance companies continues that energy with an ensemble that The New York Times calls of its founder “one of the greatest movers of modern dance.”

Parsons Dance Company has toured to more than 400 cities in 40 countries on five continents with its dancers performing more than 75 works created by David Parsons, who has over the course of his career received three fellowship grants from the National Endowment for the Arts, the American Choreography Award, the Dance Magazine, a Howard Gilman Fellowship and the Dance Masters of America annual award. In 2018, Parson received the Capezio Award, one of the most prestigious awards in dance.

Then to conclude the series at 3:00 p.m., Sunday, May 1, two-time Grammy Award-nominee Leo Kottke waltzes down the river and onto the stage with tales of his 63 years performing as an acoustic guitarist and sharing those 6- and 12-string tunes he pioneered in the late ’60s.

“His music, his skill, he is one of the real guitar virtuosos and that kind of exposure on our stage, that’s what’s so great about this Esbenshade Series,” Brawley said. “It gives us the ability to kind of round out a lot of the programming we do and helps to serve the community.”

Wilder concurred, saying the 74-year-old musician ranks among the greats like Ry Cooder and John Renbourn.

“He will be not only playing but also telling stories about his career. That’s pretty huge. It’s a great way to close out the season,” Wilder said. Ticket reservations begin Monday, March 28.

All events are free and open to the public.