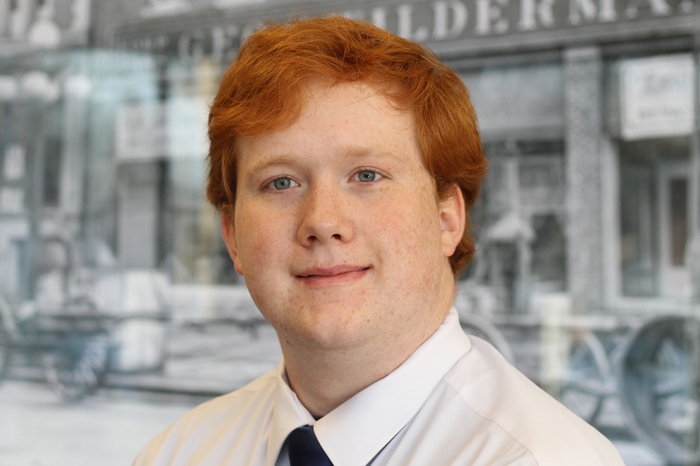 McCleary, who is majoring in Actuarial Science, won $400 for having the top idea in the entrepreneur competition. In March, he also finished first with the same idea and received $190.

In the second round, McCleary and the other competitors pitched six ideas during the round that is called Proof of Concept. PioBiz is a three-round business start-up competition with a final award of up to $10,000. The competition is open to all Marietta College students and their partners.

During the second round, competitors must test the validity, practicality, or marketability of the proposed solution (product or service) by building a prototype, gauging potential customers’ and other stakeholders’ interest via primary or secondary research, and listing the sources of cost and revenue.

McCleary’s nonprofit concept is designed to temporarily provide cars to individuals in financial need so they can travel to and from work to help them save money to buy their own car.

Allison Barnes ’24 (Lancaster, Ohio), who is majoring in Entrepreneurship, finished fourth and received $250 for her concept, Art on the Move. Barnes is proposing a service that brings art classes to the learners, and the company would have a simple mission: to help people Enjoy Art.

Rounding out the top five was Amadeus Perry ’24 (Williamstown, West Virginia), who is majoring in International Business, with Putnam’s Place. Perry received $200.