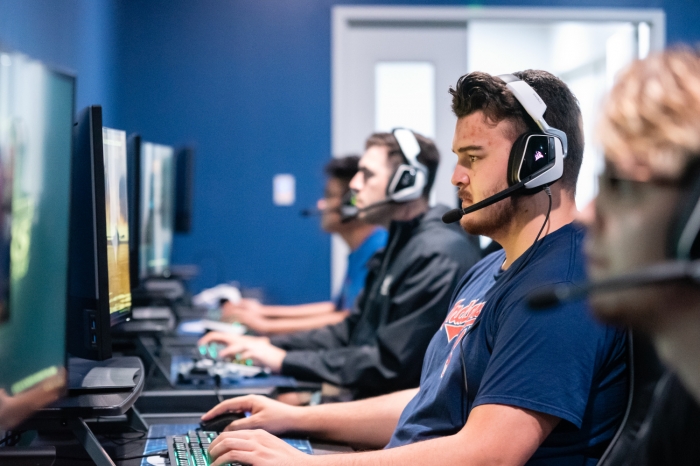 Marietta College’s esports program will begin its second year this fall as one of the founding members of the Great Lakes Esports Conference (GLEC).

“We are excited to join the new Great Lakes Esports Conference and be one of the founding members,” said Rick Smith, Director of Marietta’s eSports Program. “This will give our esports athletes a consistent and competitive playing schedule, with the chance of competing for a conference title.”

Tiffin University Athletic Director Lonny Allen officially announced the formation of the GLEC on Thursday, Aug. 1. The purpose of the GLEC is to serve collegiate esports programs in the Great Lakes region.

Conference membership will consist of nine teams across Ohio and Indiana competing in League of Legends, Overwatch, Counter-Strike and Rocket League. The inaugural GLEC schools are Defiance College, Lourdes University, Marietta College, University of Mount Union, Mount Vernon Nazarene University, Muskingum University, Ohio Northern University, Tiffin University and Trine University. The conference will play a nine-week fall schedule on Saturdays from Sept. 21 and Nov. 16, with one bye week for each team. The same schedule will also be followed for a spring season.

A conference championship will be held in Tiffin in the spring, with all teams coming to TU’s esports facility to compete for the title.

“We are so excited to partner with institutions from our region to start the conference,” Allen said. “We want to give our esports student-athletes something to call their own, and want them to have the opportunity to play for conference championships and host live events like the other student-athletes on campus.”

Marietta is also a member of the National Association of College Esports (NACE), and Smith is optimistic the program will continue to grow.

“The GLEC will give eSports student-athletes the opportunity to compete in person, put faces to their online names, and develop a rivalry that will only grow for years to come,” he said. “Esports are at hundreds of schools around the country, and as the popularity of the sport grows, so does the governance structure. Marietta College already has structured practice schedules, minimum GPA standards, and other policies that model other more-traditional sports in college athletics.”