Drag and Burlesque Show returns to MC campus on April 9 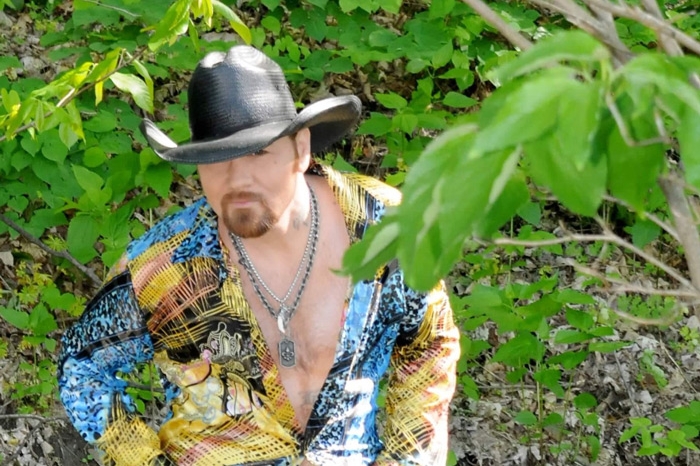 Marietta College is pleased to welcome Lucy Lipps and a cast of other talented performers to campus for a fabulous Drag and Burlesque Show on Saturday, April 9th in The Gathering Place. There will be drag performers, drag kings and burlesque artists.

The show, which is scheduled for 7:30-10:00 p.m., is sponsored by Marietta College’s Office of Diversity and Inclusion, Gender Studies, and Gallery 310.

Lipps, Vice President of Parkersburg Pride and Miss Parkersburg Pride, will emcee the event. By day Lipps is Jacob Collins a makeup artist and receptionist at McCarter Health Center, but Lipps has been performing for more than 20 years in West Virginia, Ohio, Pennsylvania and North Carolina. Most recently, Lipps took the Polar Plunge for the Special Olympics of West Virginia and will soon be hosting a benefit show for the Ronald McDonald Houses of Charleston, West Virginia, and Columbus, Ohio.

Also joining the show will be Mister Gage Gatlyn, a Transman Drag King. He was assigned female at birth and presents to you the illusion of masculinity like you've never seen. He is known as the country’s favorite Tim McGraw Impersonator, and he is an award-winning celebrity impersonator and trans advocate.

He has been featured in books, magazines, newspapers and as a guest on many television and cable shows, documentaries, and a feature film, “Fight My Battle.” He has been featured as best, or one of the best, videos on several websites. He was the most traveled and celebrated Drag King for over 15 years, but now is on the verge of retirement.

Trista Storm, a former resident of Parkersburg, has been doing drag for 20 years. During that time, she has held many titles, including two West Virginia Gay United States titles, Miss Red Ribbon, Miss Dayton All-Star, and Miss P-Town. Not only an entertainer, but Trista is also a skilled costume designer with experience working with local theater groups and schools, in addition to other entertainers.

Black Magic is a burlesque performer, producer, and flow artist from the mountains of western Maryland. Her performance journey started in October of 2017 and since she has had the honor of performing at events such as Mountain Lake Park’s Victorian Chautauqua, Make-a-Wish Foundation: Carnival of Dreams Gala, Diner En Blanc, Ripley’s Oddities & Curiosities Expo and Beckley Pride. At the end of 2020, she started Black Magic Burlesque and produced her first burlesque show (A Circus Cabaret) in 2021.

The show is free for Marietta College students, staff, and faculty and $5 for community members. Part of the proceeds will benefit Parkersburg Pride.