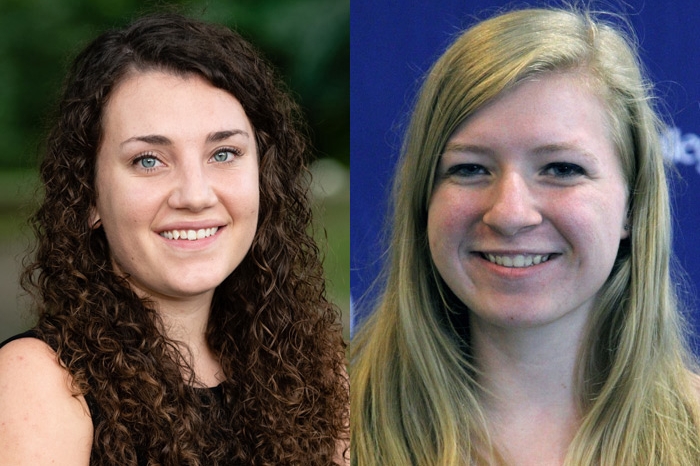 Awarded to Quinci Jones ’20 (New Concord, Ohio) and Alyssa Prince ’19 (Hilliard, Ohio), the Patrick W. Halloran Scholarship recognizes members who show exemplary leadership, academic achievement, and service to their campus and community in the amount of $500.

Jones, a Math Education major, is a member of the Beta Theta chapter of Sigma Kappa for which she served as president. In addition, she is a member of the Pioneer Pipeline program, an orientation leader and a Student Ambassador for the Admission Office.

Prince, who graduated in Fall 2019 with a degree in English, was a member of the Chi Gamma chapter of Chi Omega. Prince also utilized her talents as a writer for the campus newspaper, The Marcolian.

The two scholarships, chosen among 70 other winners across the country, marked the second consecutive year a Marietta College student has received recognition from the Order of Omega Society, an organization comprised of the highest achieving sorority and fraternity members in the nation.

“It is such an honor to be recognized for my participation in Sigma Kappa during my undergraduate career,” Jones said. “The organization, and Greek Life as a whole, have meant so much to me during my time at Marietta. I will always be grateful for the connections and relationships it has brought me.”

The scholarship was established in honor of Dean Patrick W. Halloran who served Order of Omega from 1964-71.