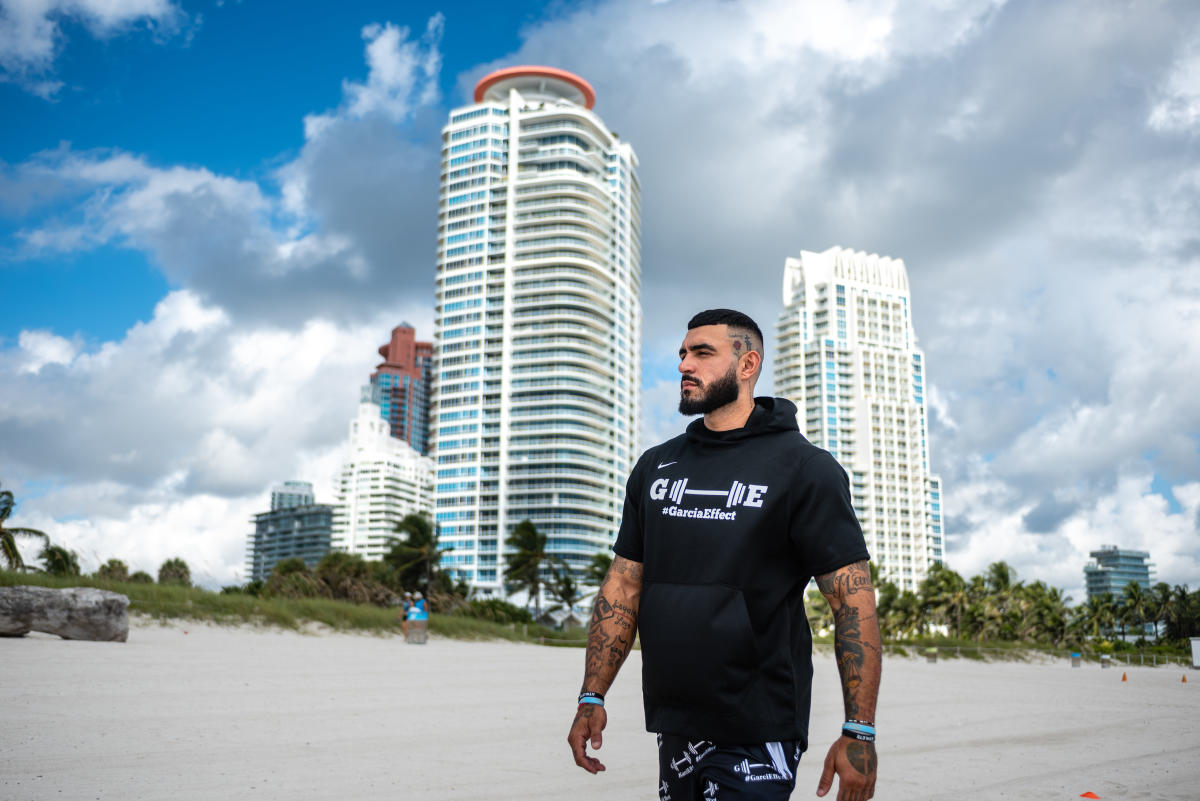 With sand kicking up from under his feet and the sweat covering his tattooed torso becoming more pronounced, Luis Garcia ’16 doesn’t let up a bit.

Even as the intensity of the workout revs up on this warm, sunny South Florida day, there is no need for Garcia to raise his voice as he provides one-on-one training for a client. Garcia’s positive personality and the impeccable reputation he has developed as a strength and conditioning coach and the owner of Garcia Effect are why his clients listen intently during workouts.

“This is really a dream come true,” says Garcia, who is a certified athletic trainer and a certified strength and conditioning specialist. “Getting the opportunity to train some big-time athletes and rappers has really helped. When an NBA player tells another NBA player what we are doing and how it has helped him, then I get calls from his agent.” 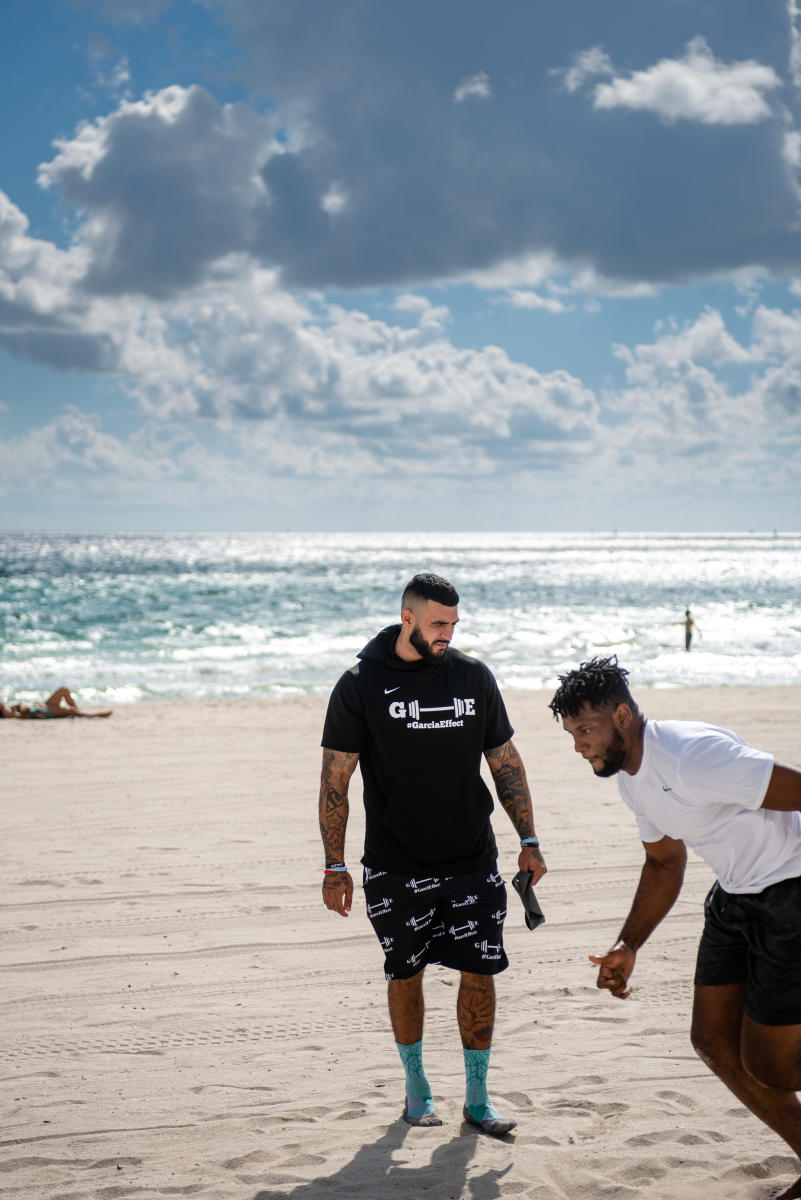 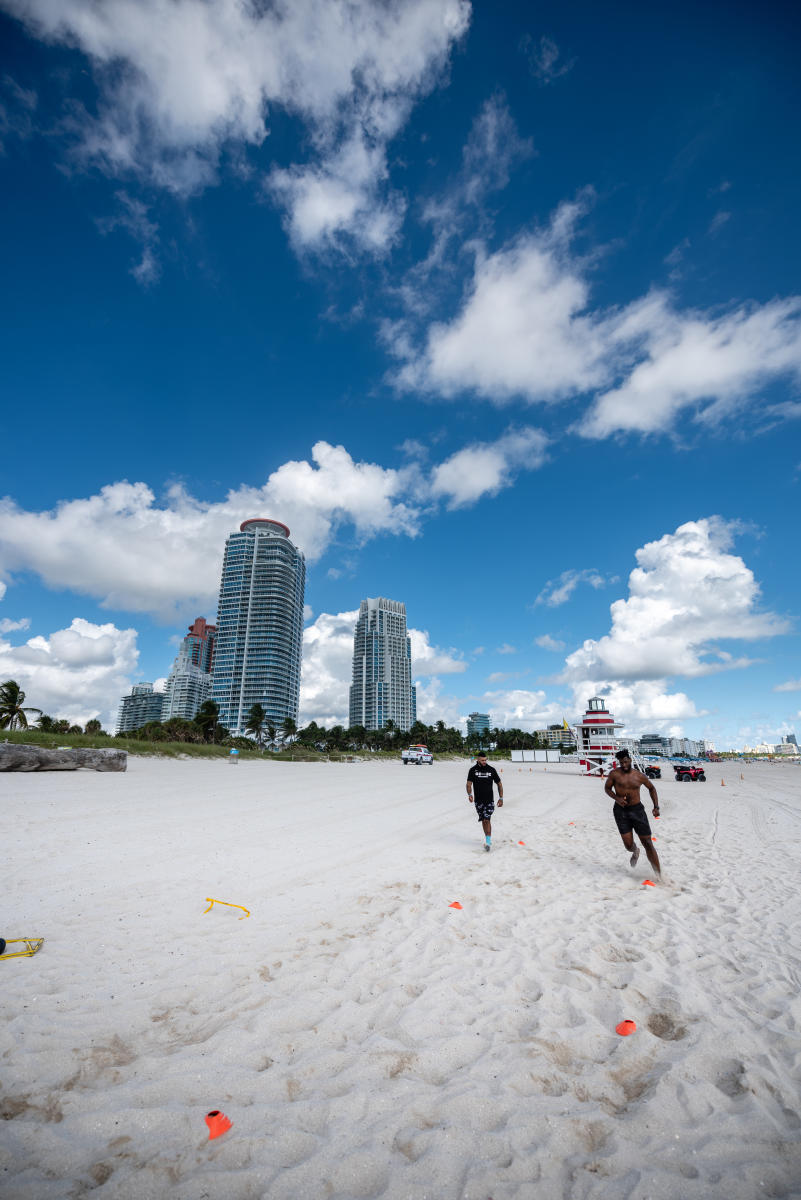 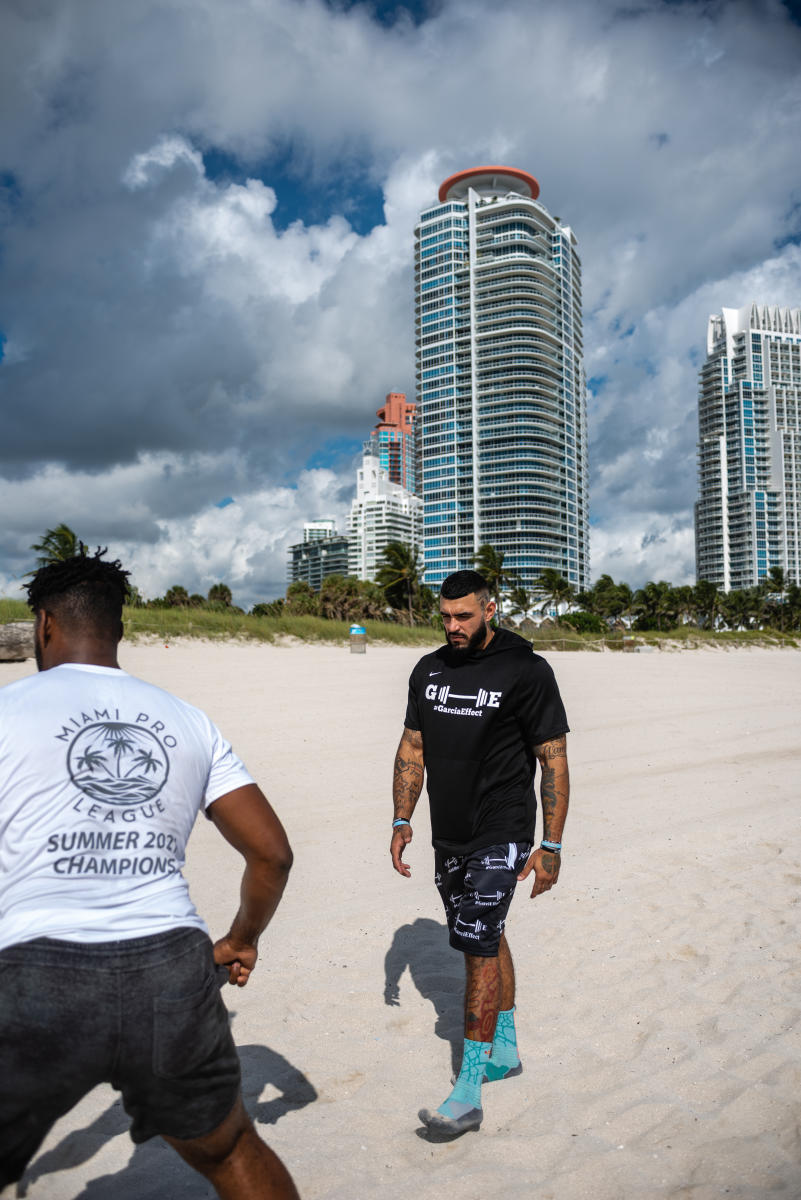 Attracting the celebrity clients took some creative thinking on Garcia’s part and a specially placed connection.

“It was 2018, and I was trying to get into the Miami Pro-Am to play hoops, and one of the guys I was training was a videographer for the league, and he got me a call with Ronnie Taylor, who is an NBA skills trainer and also has a team in the Miami Pro-Am,” Garcia says.

The conversation went well, and Garcia agreed to train his athletes for free so he could play some more basketball and meet the Division I basketball players who had a shot at the NBA.

“I loved playing on the team, and we won the championship, but the connections were the biggest thing that came out of it,” Garcia says. “I got to meet a lot of agents as well, and now I have some of them recommending me to their clients. Now I have professional athletes reaching out to me personally saying they want to fly to Miami to train with me. It’s crazy.”

The big-time clients are great publicity, but Garcia has trained thousands of people who are not celebrities and are simply looking to improve their health and fitness.

“Every week is completely different. I love that part of my job,” he says. “If I need to take a day off, I can do it; and I’ve built a great relationship with my clients that if we have to make up a session on another day, everyone is great. For example, I may get a call to fly to Panama and run a special training with hundreds of kids.” That did happen, and it was an eye-opening experience for Garcia.

“When I first got there, most of the kids were quiet and didn’t say much,” he says. “But I’m Cuban, and I can speak Spanish. I have learned there are not a lot of Hispanic trainers doing what I do. So I started speaking Spanish, and you could just see them get excited to see a guy who speaks their language, and it just changed the entire day for the better.”

Luis is one of the hardest-working and most passionate players I have ever coached. He is an inspiring person with an infectious personality, and I think he has truly found his calling. As a coach, it’s extremely rewarding to see former players follow and accomplish their dreams. I don’t think anyone is surprised to see Luis doing great things in Miami, and I couldn’t be prouder of him.

Garcia Effect is highly successful now, but it took some time to get off the ground. After graduating from Marietta College with a Bachelor of Science in Athletic Training, Garcia returned to his parents’ home in Miami. Struggling to find clients, his mother, Barbara Galindo, had some simple advice.

“She said I needed to get out of the house and find a job and make some money,” Garcia says.

Putting his degree to good use, he contacted some Miami-area hospitals and landed some work as an athletic trainer. He also used this experience to do some networking and met Fui Martinez, who is a skills trainer in Miami.

“He got to see how I trained, and he thought I would fit well training his kids,” Garcia says. “In mid-2017, he brought me in as a full-time trainer, and I’ve been doing this type of work since. I am extremely appreciative of everything Coach Fui and Ronnie Taylor did to help me grow my business. I respect and appreciate both of them so much.” 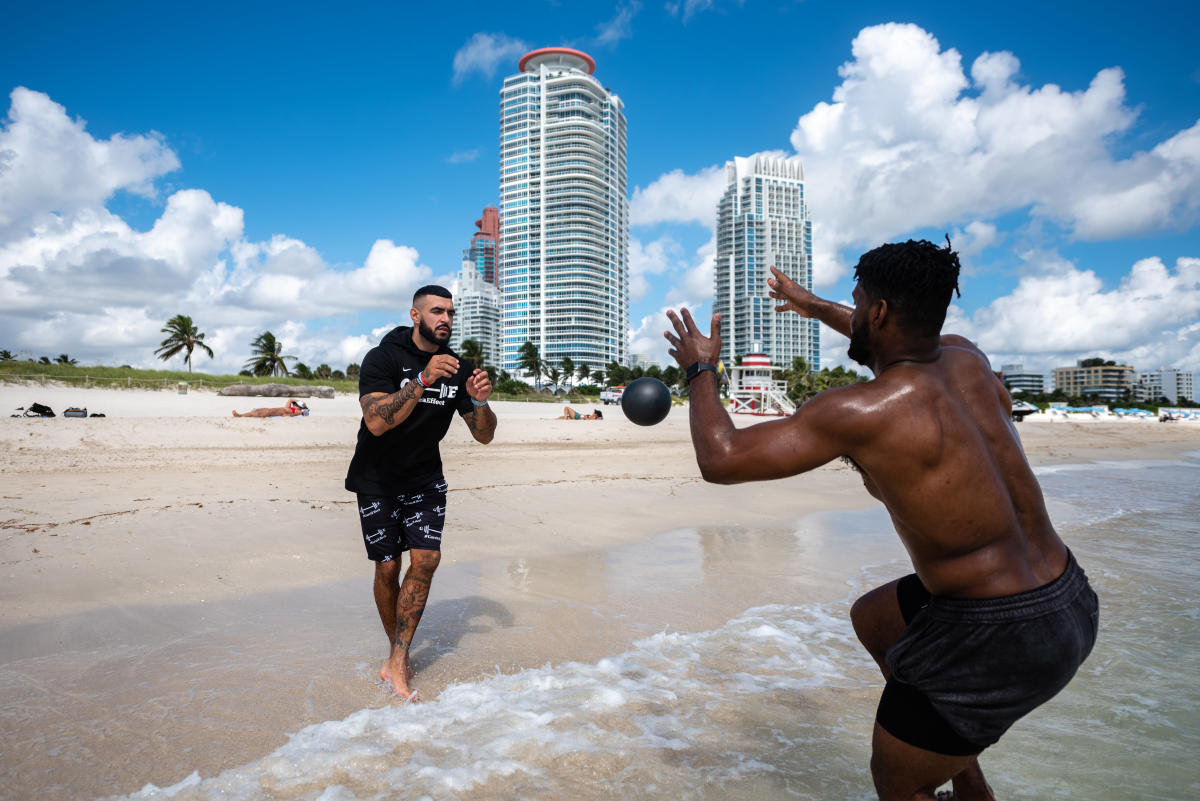 Garcia’s coach at Marietta, Jon VanderWal, says his former standout player was a beast in the weight room in his playing days, and his success now is not a surprise.

“Luis is one of the hardest-working and most passionate players I have ever coached,” VanderWal says. “He is an inspiring person with an infectious personality, and I think he has truly found his calling. As a coach, it’s extremely rewarding to see former players follow and accomplish their dreams. I don’t think anyone is surprised to see Luis doing great things in Miami, and I couldn’t be prouder of him.”

His on-court experience positively resonates with the professional and college basketball players that Garcia trains.

“No doubt it makes a difference,” Garcia says. “I can talk about the game with them, but I also understand the game, and what we can do in our training sessions are things that I can assure them will help make them better on the court. They also see a guy who played basketball who is big and muscular, so they know I do the workouts, and they respect what I’m saying.” 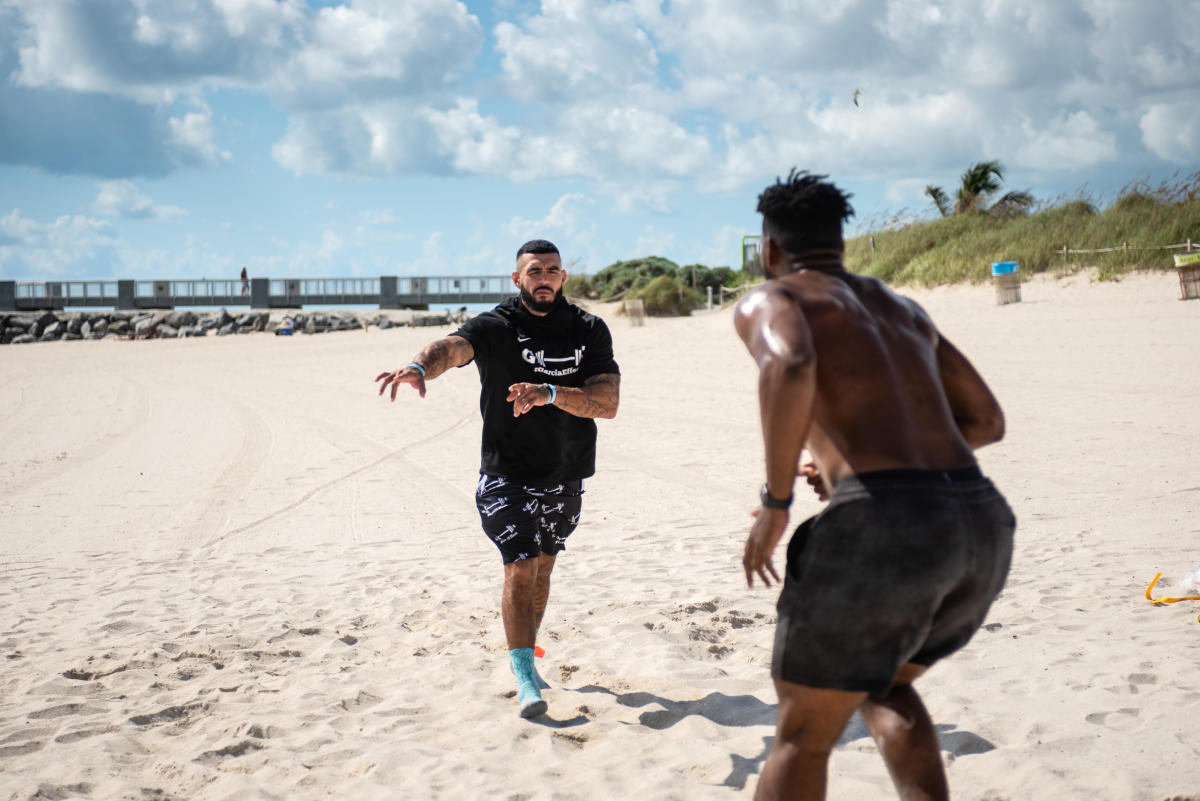 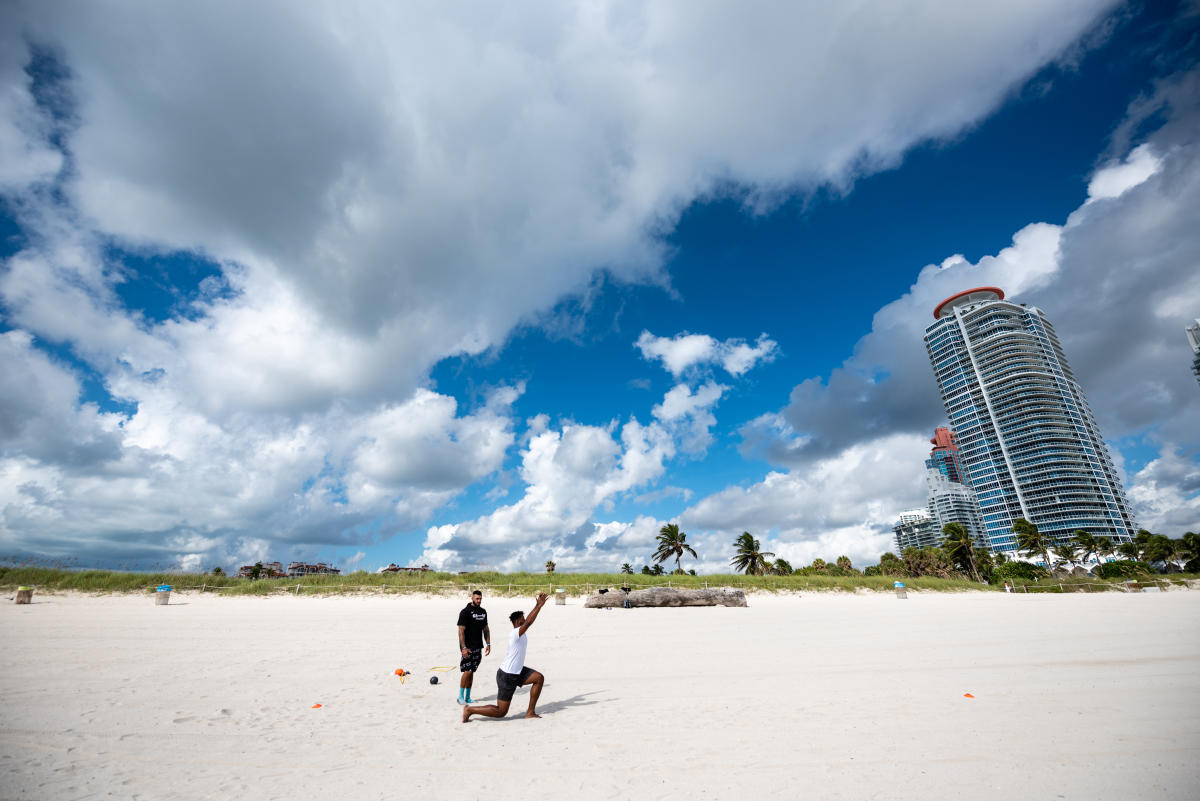 Recently, Garcia has experienced a serious uptick in demand for virtual training.

“This was actually happening before the pandemic, but it has grown even more,” he says. “I run training programs for kids all over the world, and it’s amazing. A lot of the growth has been through social media. I’m the face of the business, and I have to market myself, but it has completely changed my whole business.” And he cherishes the fact that so many of the lessons he learned in the classroom and from basketball at Marietta are key components of his success today. “It’s important to me that I’m able to help or impact the people I train in any way I can,” Garcia says. “There have been times [that I’m] working with a large group of children, and the workout is getting hard. They are tired and hot, but I remember how Coach VanderWal always spoke to the team about mental toughness — when things get tough, we have to find a way to push past our limits. I use that same approach with my clients, especially the kids.”

As much as Garcia loves the exposure he gets from training celebrity clients, in the end he loves the impact he makes working with children.

“I believe I’m making a difference with the younger kids. They see I am healthy. I talk to them about eating right,” he says. “It’s also about their confidence. I’ve had parents reach out to me and thank me for how I have helped their kids with their confidence. How they are speaking up in class and making friends. It’s the most rewarding part of what I do now.”