The late Dr. Barbara Diggs Lyles ’51 carried a heavier burden than most students during her undergraduate years at Marietta College. She was the first African American woman to graduate from Marietta — doing so in three years — despite being an unwelcome surprise when she first arrived at the train station in Marietta in the late 1940s.

“The horrified expressions on [administrators’] faces left no doubt in my mind that I was both unexpected and undesirable,” Lyles wrote in a letter to the College in August 1981. “I never knew how I could have been admitted with a required picture and still provoke that kind of shock.”

Dr. Lyles earned a Bachelor of Science in Biology from Marietta, a master’s degree in Psychology from Howard University, and a Ph.D. in Psychoeducational Studies from the University of Maryland. She was an Associate Professor of Human Development and Personality at Howard and was named Professor Emerita in 1996. She died on October 9, 2012.

This fall, the Board of Trustees passed a resolution to honor Lyles’ pioneering spirit as the first African American woman to graduate from Marietta, as well as her excellence as a lifelong educator by renaming the Arts & Humanities House as the Barbara Diggs Lyles House.

“This is an exciting time for Marietta College in the area of diversity and inclusion,” says Tony Mayle, Associate Dean of Students and Director of Diversity and Inclusion.

During an open house in the College’s Multicultural Center, which is housed in the Barbara Diggs Lyles House, representatives of various student groups, such as Brother 2 Brother, LGBTQA+, United Women of Power and Charles Sumner Harrison (CSH) Fellows, spoke about the importance of diversity and equity and of helping people pursue their goals and making them feel welcomed.

CSH Fellow Yasmeen Hall ’25 — the daughter of an immigrant, an African American and Muslim American young woman, and first-generation college student from Washington, D.C. — is keenly aware of the challenges that await her as she pursues two degrees in Petroleum Engineering and Geology over the course of the next four years. She is also working on creating a Muslim Student Association on campus.

Photos From the Event 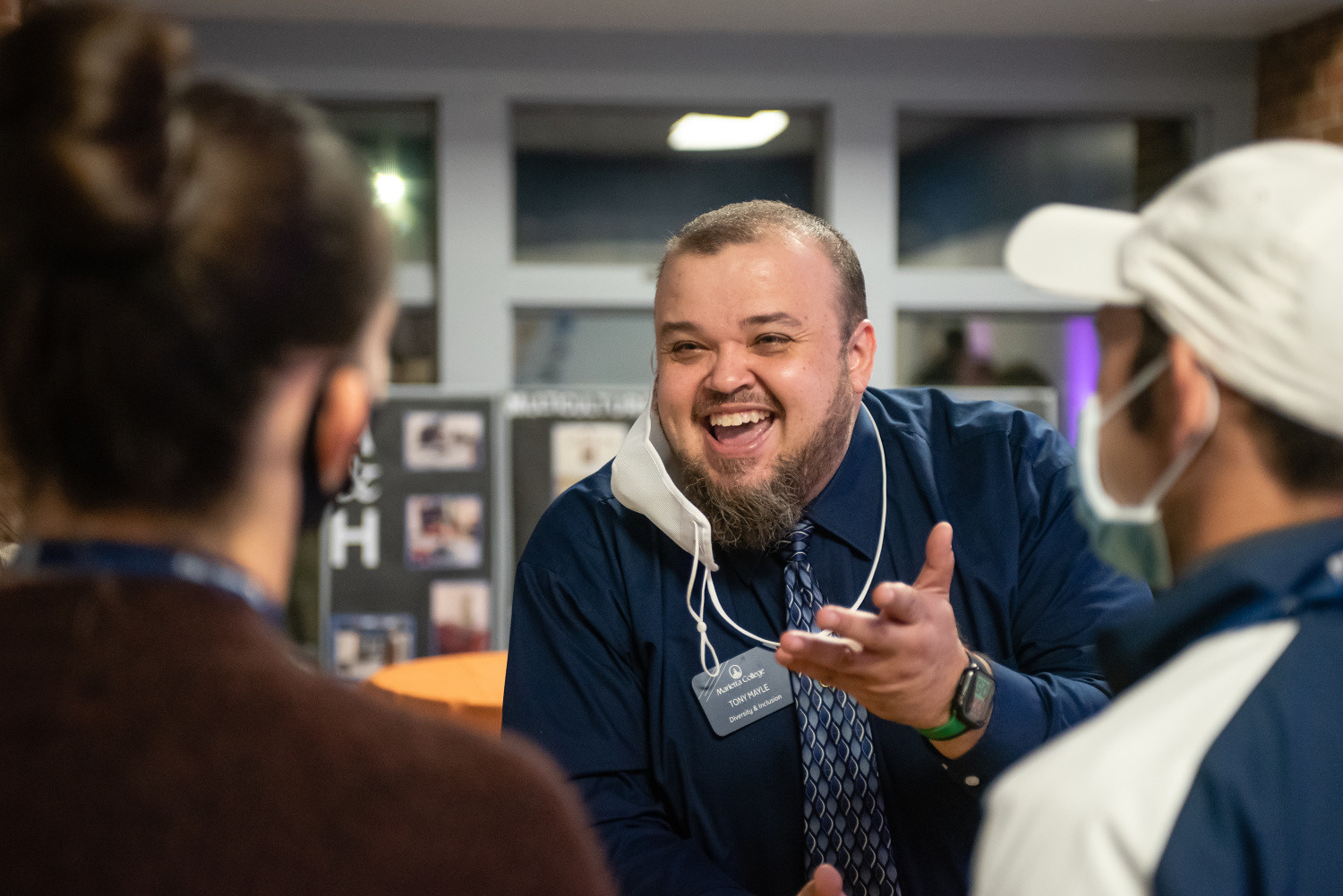